Background: Sago (Metroxylon sp) is one of food commodities that contains many carbohydrates, so it serves as a staple food for some regions in Indonesia such as Maluku, Papua and Sulawesi. Sago can also be used as raw material for food industry such as bagea, sago pearl, pastry, wet cake, noodle, biscuit, cracker and vermicelli. Various uses of sago cause attention in terms of development and conservation. Saparua Island is one of the areas in the Maluku archipelago with sago potential that is wide enough. There are 5 types of sago in the area such as sago tuni, sagu molat, sago eataru, sagu ihur, and sago thorn rattan.Methods: This research took place in February-March 2014 by conducting exploration on location and samples selected by proposive sampling. For each quantitative parameter such as height, length, width, using a measuring instrument of ruler, roll meter while qualitative parameters such as shape, color can be observed visually.Results: Exploration was conducted on February-March 2014 with morphological character parameters on vegetative and generative organs of 70 characters. The results of the study showed a varied morphological appearance in each variety. Visually, variations of morphological characters in the vegetative organ seen in the trunk character are height, surface, circumference, color. Leaf character has variation in leaf sponge, leaf bone flexibility, midst of base of midrib, midrib, midrib, midrib, midlet, child length, upper surface. Morphological characters in generative organs appear to vary in flower, ie, the length and width of the stem, the diameter of the flower. Variations in fruits such as shape, amount, and color while on the seeds are the color and weight.Conclusion: There are variations of morphological characters in the five varieties of sago on Saparua Island in shape, size, and color, appearance of each organ either on stems, leaves, flowers, fruits and seeds. 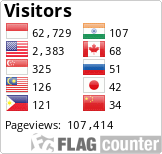